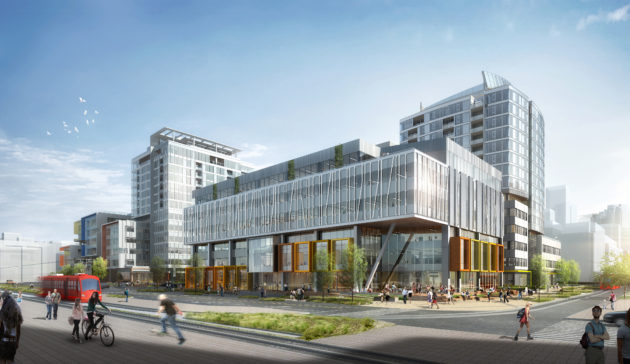 Google will open new Seattle campus this summer, just across the street from Amazon’s headquarters.

Starting in the mid-to-late summer, Google will be moving into its South Lake Union campus that has been under construction for the past two years. Located across the street from Amazon’s headquarters, the campus developed by Vulcan provides Google with 930,000 square feet of office space, allowing for 4,600 to 6,200 Google employees.

According to GeekWire, “the new campus will significantly boost its capacity to hire more engineers in a talent-rich ecosystem that also includes nearly 120 out-of-town tech companies have also established engineering centers, in addition to Microsoft and Amazon’s headquarters.”

Google also plans to hold on to several buildings in the Fremont neighborhood for future growth. In addition to South Lake Union, Google will be extending into downtown Bellevue and is rumored to expand further in Kirkland.