Last week I attended a breakfast meeting with economist Matthew Gardner and he made some observations I thought you might be interested in.  You may have seen Matthew on CNBC or at the event I hosted just a few weeks ago.  In early 2021 Matthew will be my guest at our 5th annual market forecast…stay tuned for an invite!  Until then, see some notes below:

Economy:  We have been in a 10.5 year expansion as the last recession officially ended in June of 2009.  “There has been 47 recessions and I remember all of them….and there will be 47 more!”.  Hiring growth is slowing in this election year.  Consumer are more thoughtful on what they are spending money on and there are some storm clouds, including Coronavirus.  There is no doubt that the virus may have a big impact on growth this year, but it is simply too early to know.  The virus will cause supply chain issues if it lingers on, and it may very well push up building costs even further along the way.  Gardner expects unemployment may rise slightly in 2020, although we are at record lows currently and he is not concerned.

California:  The growth in California is noticeably slowing in comparison to Washington State.  California lost 250,000 residents in 2019 and affordability is a big reason.  Washington gained many of the 250,000, no surprise!  Compared to the Bay area, our housing is about 50% less expensive.  Apartment rents are about half, and class A office space is also about half.

General Seattle area:  We have more cranes than anywhere else in the United States.  There are many investors and pension funds looking to put money into our area.  40,000 jobs are expected to be added around Seattle in 2020.  Although Expedia recently announced 3,000 layoffs, that is really nothing compared to the growth taking place this year.  The 3,000 should be able to find good jobs locally.

Millennials:  They don’t want fixer-uppers…..they want turn-key move in ready homes.   According to Matthew “they don’t do sweat equity and don’t like to sweat…..and they don’t know how to swing a hammer!”.  Millennials want to move in and start living their lives.  In the US we have 618,000 millennial millionaires and 92% of them  own their own home.  Many younger millennials are saving up money with two tech jobs, and making massive down payments when finally do buy.

Overseas Buyers:  We are seeing slowing demand from buyers overseas.  One reason is that the President of China has limited transfers out of the country to just $10,000 per year per person.  That being said, some residents find a workaround through Hong Kong (and pay a fee of 5%) to get more money out of the country.  A few years ago there were a lot of buyers from overseas investing in houses/condos for their children to live in while attending college.  There are a lot less buyers like that today.  All this being said, the US Dollar is a remarkably strong currency and so many foreigners want their money in the US.

Mortgage Rates:  The recent stock market drops have really impacted interest mortgage rates in a positive way.  Rates in the 3’s indeed easy to obtain, and that is a serious tool for increased buying power.  Jumbo rates are similar to conforming, and sometimes even lower.  Banks love jumbo loans and often do not sell them to investors, but service them and hold them longer term.  Lower jumbo rates are indeed helping the luxury market.  In 2019 about 56% of luxury homes were financed, while 44% were paid for in cash.

Boise, ID:  This city comes up more and more.  As the Bay area and Seattle have become more and more expensive, cities such as Boise are benefiting.  Many companies are moving or growing in Boise as housing is about 1/3 of that in Seattle.  Values in Boise were up about 14% in 2019.  They have a good airport and infrastructure and Matthew expects growth to continue there among other cities.

Luxury homes:  Luxury homes in the US have been selling the best in the Seattle area, Sacramento, and Colorado Springs according to Matthew’s numbers.  In our area luxury sales are defined as 2 million and up.  Ultra-luxury is defined as 5 million and up, and that market has been doing well around Seattle as well.  Every week I see very expensive homes selling, and some of those same homes were not selling in 2019.  He is spot on.

New Construction Condominiums:  The cost to build a high rise condo is over $1,000/ft now.  Developers have to sell for more than $1,200/ft to make it worthwhile.  The Washington Condominium act was loosened to be a little more friendly to developers and encourage more building.  Still, we are still not expecting affordable condos to be built because of the rising cost of materials/labor/land, along with high regulatory fees and long timelines.  Many developers feel it is safer to build apartments when vacancy is low and the outlook is strong.  Apartments typically fill up within 6 months and there are no concerns about homeowner lawsuits.  Furthermore, conversions of existing apartments to condos is not expected despite the strong demand.  The laws don’t allow the owner to start work on the conversion until the last tenant leaves.  Why do it when rents are rising?

New Construction Houses:  This is much of the same story as new condos.  The margins simply do not exist for builders to build affordable houses.  This is one of the reasons that resales (aka used houses) are selling so fast with many offers.  That new square footage cannot be replicated for the same prices.

Outlook for housing inventory:  Not good!  Supply and demand, along with urban growth boundaries and rising costs will continue to limit our inventory.  What about 5 or 10 years from now?  Thing about it, if rates are 5% or 6% in 2026 will you give you up your 3.5% rate to move locally?  There will be very little turnover and the only way is to build out of it.  If you are thinking of selling let me know……now is an incredible time to be a seller.

Safe Haven:  Real estate is indeed considered a safe haven compared to the stock market.  A lot of wealth is expected to be passed down through real estate, and there are so many investors looking to get in on investments.  I talk to potential investors every week and have been investing for 15 years myself.  The Seattle area is indeed considered a safe haven by people around the country and the world.

Downsizing:  Downsizing is not necessarily down-pricing around Seattle for so many people.  It might mean less stairs, less maintenance, or more convenience though.  Those that do want to scale down on price are moving to less expensive areas.  Not everyone wants to give up their space and live in a small condo.  The baby boomers have lots of stuff….”and the millennials don’t want grandma’s dresser”.

As always, if you have questions please consider me as a resource.  I am always here to help and happy to chat with you and your friends! 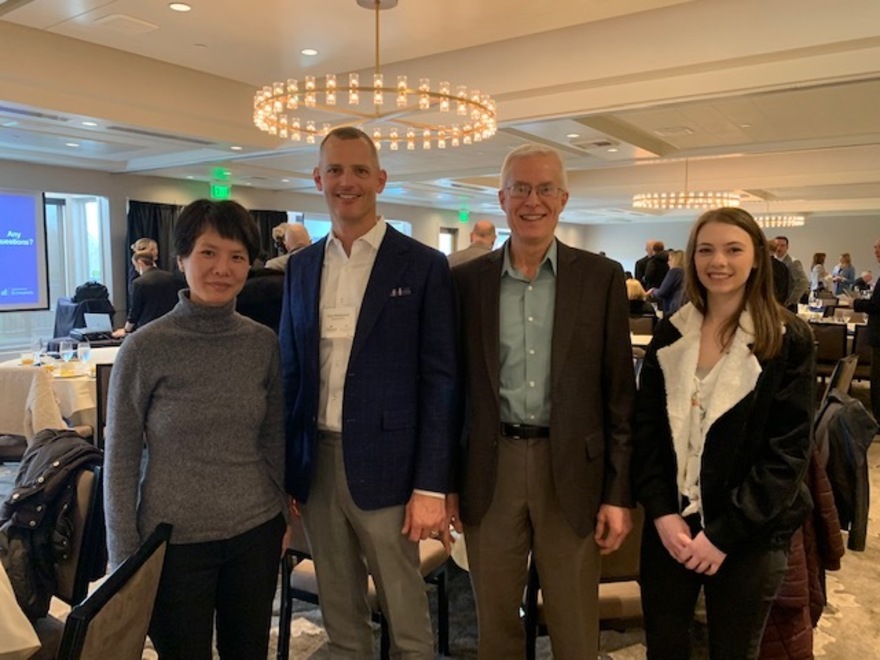